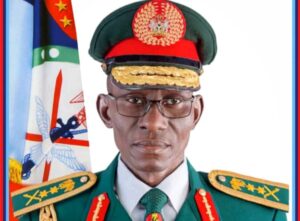 The Chief of Defense Staff, General Lucky Irabor, has faulted the procedure adopted in the release of the report of the Lagos State Judicial Panel of Inquiry on Restitution For Victims Of SARS Related Abuses and Other Matters.

Speaking after a courtesy visit to Edo State Governor, Godwin Obaseki, the Defence Chief said the report ought to have been submitted to the convening authority.

“I am sure those of you in the media must have seen a report that was released through, in my view, a wrong channel, that is making the rounds in the social media,” the CDS said.

“Whether it is a true report, I can’t tell. But I’d like to indicate that the normal procedure is to have such a report submitted to the convening authority. And then there will be a white paper that will be presented, based on which one can make informed comments.”

General Irabor also stated that the Nigerian armed forces are committed to their constitutional mandate and would not engage in ignoble acts as alleged in the report.

“I’d like to indicate that the Armed Forces of Nigeria is a professional armed force. We are peopled by Nigerians and we remain committed to the constitutional mandate. So we will not at this point think that Nigerians should make disparaging remarks regarding the Armed Forces of Nigeria, in the sense that we are a professional armed forces. If there are issues, of course, we address them within the ambit of the provisions.

“It would not be right to disparage men and women who have worked so hard to ensure that the territorial integrity of this nation is kept intact. So in the meantime, until I see the full extent of the report.

YOU MAY ALSO LIKE:   Singer 2Face Idibia visits Sound Sultan’s graveside in the US

“We need to understand that the Armed Forces are there to keep the peace, to provide the ambiance that will enable each Nigerian to live his or her desires in peace and harmony. So let us not make inciting comments that will put the entire space on fire. That’s not right.”

YOU MAY ALSO LIKE:   2022 France Presidential Election Results: Macron's Win Against Len Pen

Recall that the panel alleged that operatives of the Nigerian Army and the Nigeria Police Force shot directly at unarmed protesters at the Lekki Toll Gate in October 2020, with the aim to kill them.

The panel likened what played out at Lekki to a “massacre” resulting in 48 casualties – 11 deaths and 37 others who sustained gunshot injuries, missing presumed dead, injured, assaulted.