Family of Nine Die After Eating ‘Tuwo’ In Zamfara 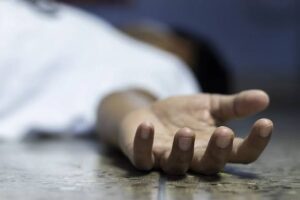 Nine family members have been confirmed dead after taking a poisonous meal in Jangeme village, Gusau Local Government Area of Zamfara State.
It was learned that the children died after their sister who was on a visit to the family house from her matrimonial home decided to prepare Tuwo (local meal) from sorghum flour.

An uncle to the deceased identified as Abdullahi Bello told Daily Trust that the family died after eating the meal made from contaminated sorghum flour.

He said: “When she came, she fetched grains from a local silo and then took it to the machine for grinding. A rabbit being reared in the house died after eating the sorghum flour before she even started preparing Tuwo for the children.

“No one noticed that the sorghum flour was contaminated even after the rabbit had died. She went ahead and cooked the food for the children. Few hours after taking the meal, one child lost his life.

“Then, we took the remaining children to a medical facility in Gusau where two of them also died. We took the remains of those who died back home. When we were burying them at a cemetery in the community, we received a call that three had also died, including my younger sister that cooked the food for them. In totality, eight children and a mother lost their lives to the incident.

It was gathered that the only surviving child is lying critically ill with doctors battling to fix a respirator on him to aid his breathing.

Tags Family of Nine Die After Eating ‘Tuwo’ In Zamfara