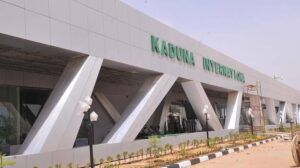 The Federal Government has reopened the Kaduna International Airport two months after it was closed over attack by bandits.

Naija News recalls that bandit terrorists attacked the airport and killed a security guard. The gunmen were, however, repelled by the Nigerian military deployed to the airport.

In a chat with TheCable on Monday, Hope-Ivbaze said flight operations have begun today, adding that Azman Air has resumed its operations at the airport.

“Flight operations to Kaduna airport have commenced today with Azman Air,” she said.