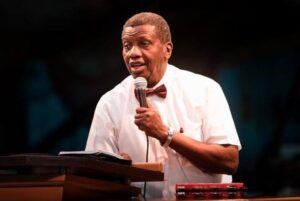 Society gazette reports that the general overseer of The redeemed Christian Church of God, Pastor EA Adeboye sent a condolence letter to the widow of late Prophet TB Joshua.

Although he wasn’t public with it, but He sent it since June 15 and was acknowledged by one Abidoye Temitope on behalf of the widow.

Prophet TB Joshua died on June 5, one week before his birthday and was buried on July 9, 2021.

The letter was exclusively obtained by Megastar magazine 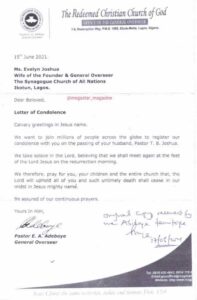