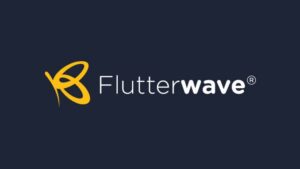 African fintech company Flutterwave announced that it has raised $170 million in Series C funding, valuing the company at over $1 billion.

Hitting the $1 billion valuation means Flutterwave is the third unicorn coming out of Nigeria after fellow fintech Interswitch and e-commerce company, Jumia. What’s impressive about this milestone is how quickly Flutterwave has joined the small club of African unicorns – under 10 years.

YOU MAY ALSO LIKE:   PDP NWC, BoT Holds Emergency Meeting Over Crisis

Founded by entrepreneurs Iyinoluwa Aboyeji and Olugbenga Agboola in 2016, the company is present in 20 African countries, with a reach of over 33 countries on the continent.

According to CEO Olugbenga Agboola, the company grew more than 100% in revenue within the past year due to the pandemic without giving specifics on numbers. This contributed to its compound annual growth rate (CAGR) of 226% from 2018.

YOU MAY ALSO LIKE:   Police Sends Strong Warning To Cultists Ahead Of July 7 Cultism Day

With this new capital, Flutterwave says it will invest to accelerate customer acquisition in existing and international markets, as well as develop complementary and innovative products. One of such products is the newly launched Flutterwave Mobile, an app to help to accelerate e-commerce growth as a result of the success of the Flutterwave Store.

Two years later, @theflutterwave had processed over $1Bn in transaction value by making it easier to complete seamless and secure payments across Africa. Today we’re announcing our $170m Series C funding. We’ve come a long way and you made it possible.https://t.co/SgO4hThPf8

Following Paystack’s acquisition by Stripe for more than $200 million last year, there were rumours of Flutterwave taking the same route. This Series C round suggests otherwise.