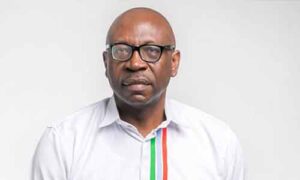 Allegations of rigging are the standard shibboleth and apocalyptic rhetoric of an opposition party and a weak candidate especially, in this part of the world. Although it is fast becoming a norm too in some of the most civilised parts of the world, it is, however, a stale and unmelodic tune that many Nigerians no longer bob or weave to.

The reality is that it is almost always the unpopular candidate or the self-styled underdog that typically raises such fatuous and unfounded allegations while attempting to whip up sympathy forgetting that Nigerians have become wiser to this spoof over the years.

Expectedly, in Edo State, the Peoples Democratic Party, PDP, and its candidate in the September 19th governorship election, Governor Godwin Obaseki, are beating the torn drums of electoral manipulation again. It is a way of life for them.

Immediately he jumped ship and got the ticket of the PDP to fly its flag in the election, Obaseki and his cheerleaders went to town raising fears of a potentially flawed election while taking no prisoners; everyone is in on the plot. From the ruling All Progressives Congress, APC, to the police and the Independent National Electoral Commission, INEC, everyone is culpable except them. How convenient!

We have not forgotten that weeks before the March 9, 2019 governorship and state assembly elections in Rivers State, Governor Nyesom Wike claimed that the APC-led federal government had planned to use the 6 Division of the Nigerian Army to disrupt the election and had “mapped out local government areas, where they will initiate violence to ensure that elections are not conducted as they did during the Presidential and National Assembly elections.”

Wike also accused INEC of plotting to print illegal gubernatorial ballot papers that would exclude the newly registered political parties to implement the rigging plans. Despite these allegations, Wike eventually won the election and no one heard anything about rigging again.

Now, as the chairman of the PDP National Campaign Council for Edo Governorship Election, Wike is back with the oldest trick in the book. Early August, he whimsically claimed that the PDP had gathered enough intelligence report about the plan to rig the election and would scuttle it at the appropriate time.

But nobody is swayed. Even a pre-schooler now knows that his political brand depends on such inflammatory chestnuts. Therefore, no one is taking him seriously, not least, the concerned people of Edo State.

No one is blind or deaf to the fact that Wike was merely echoing Governor Obaseki’s escapist rhetoric so that when he is eventually voted out, he can conveniently claim, like other sore losers before him, that the election was manipulated in his opponent’s favour.

Well, what the PDP has failed to accept is the unpopularity of its candidate. More than any period in the history of elections in the state, there is palpable confidence that votes will be accurately counted and they would count in the final analysis. Consequently, the electorate seems extra motivated for this election. And you can’t blame them.

As far as they are concerned, Obaseki is a complete, bungling failure, who is now swinging and getting high on his puerile imaginations, because defeat stares him starkly in the face. Why would he even think that Edo people would re-elect him after presiding over the most chaotic and retrogressive four years in the history of the state?

Why would he be allowed anywhere near Government House beyond the expiration of his four year-term after mismanaging the commonwealth of the state; plunging the economy into quicksand and generally weakening the socio-ethnic and political fabric of the state? Unfortunately, neither the PDP nor its candidate is promising anything serious or substantive.

Instead of campaigning on the strength of his achievements, if there were, Obaseki and his party have been distracting and deflecting from proper electioneering, resorting instead to name-calling and pointless propaganda. Whether mega or minuscule, Obaseki has proven incapable of whatever is contained in his resonantly empty agenda that was dead on arrival.

Conversely, during his eight-year reign as governor, Comrade Adams Oshiomhole redefined the art of governance, rejuvenated the flagging faith of the people in the system, rebuilt the infrastructure and renewed the economy. He created an Edo State that was the pride of indigenes at home and in the Diaspora. He made being called an Edolite worth its weight in gold anywhere in the world.

On the strength of the foundations he had laid, the progressive comrade lent all his weight behind Obaseki, believing that having served in his government as Chairman of the Edo State Economic and Strategy Team; he would build on his legacies. Alas, Obaseki derailed and went on wanton misrule.

Several well-intentioned attempts by well-meaning Edo indigenes to make him stay the course were sneered and scowled at. Many came to a sorry pass for even daring to offer concrete and critical interventions.

Ask the billionaire businessman and philanthropist, Captain Idahosa Wells-Okunbo. He is still smarting from the many plots hatched by the governor and his agents to bring him into disrepute for selflessly wanting to help the state and later, to mediate in the faceoff between the governor and his predecessor.
Obaseki’s warped form of gratitude to Oshiomhole and others, who gave him wings on which he flew unfettered was to betray and batter them in the media and wherever else he could and destroy and defame the same state he now seeks to make great again.

YOU MAY ALSO LIKE:   Yoruba Nation: At Last, Autopsy Report Reveals What Killed 25-year-old Drink Seller

Obaseki and his cohorts should be reminded that the APC has no reason under the sun to rig the election. Apart from fielding Pastor Osagie Ize-Iyamu, a widely acclaimed popular candidate, a true son of the soil and accomplished administrator, who has diligently served the state since 1999, the APC’s achievements in the state have opened the people’s eyes to the fact that government can work for the people.

Also, for the first time in the history of democratic governance in the state, there is religious inclusivity; Ize-Iyamu’s deputy is Malam Gani Audu, a Muslim. That is a massive bloc of votes, which the PDP can never come close to.

And with his SIMPLE (Security, Infrastructural development, Manpower development, Public-Private Partnership, Leadership and Employment creation) Agenda, which has lucidly enunciated policies and programmes that are projected to create thousands of jobs in education, agriculture and rural development, housing, electrification, fire service, industrialisation, waste management system, social empowerment, and the water supply sector within four years, Ize-Iyamu has won the hearts of the people.

What more? Rather than play dirty like the PDP, he is resolutely and remarkably going about his campaigns, selling his manifesto of hope to an otherwise harried people. Having done his homework well, Ize-Iyamu is banking solidly on the people, not any phantom rigging machinery to take over the mantle of leadership in the state. Can somebody please, wake Mr. Obaseki and the PDP up from their imminent defeat-induced slumber to smell the coffee?

Uzodinma is from Ebonyi State