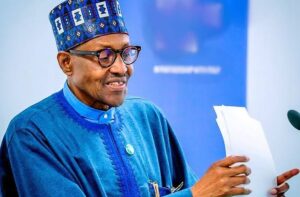 The federal government of Nigeria under the leadership of President Muhammadu Buhari has replaced Mr. Chukwuyere N. Anamekwe as the acting Accountant-General of the Federation (AGF).

It was gathered that Anamekwe was replaced about two weeks ago over allegations of corruption and investigation by the Economic and Financial Crimes Commission (INEC) hanging around his neck.

It was further gathered according to reports monitored on The Nation that he was replaced with a former TSA (Treasury Single Account) Director, Mr. Okolieaboh Ezeoke Sylvis.

It will be recalled that Anamekwe was appointed in an acting capacity after Ahmed Idris was suspended after his embroilment in an N80 billion fraud case leading to his subsequent arrest by the EFCC on allegations of money laundering through real estate investments in Kano and Abuja.

His replacement, Anamekwe who was appointed in May 2022, however, is also reportedly under EFCC investigation for fraud and also some other reports have that his unauthorized revelation that the government was borrowing to pay salaries landed him in more trouble.

A source privy to government operations on the matter has now disclosed that a search for a substantive Accountant General has commenced in earnest.

YOU MAY ALSO LIKE:   Oyo: Makinde Reappoints Seven Former Commissioners Into Executive Council

The Head of the Civil Service of the Federation (HoCSF), Mrs. Folasade Yemi-Esan has issued a circular to that effect.

The circular reads: “Commencement of the process of appointment of a substantive Accountant-General of the Federation”, the HoCSF directed permanent secretaries to forward details of eligible directors on Grade 17 to her on or before 4:00 pm on Wednesday July 6, 2022.

YOU MAY ALSO LIKE:   Boko Haram Bomb Manufacturer Nabbed In Taraba

It added that those eligible to apply must have attained the Substantive Director (Grade 17) on or before January 1, 2020 and are not retiring from the service earlier than December 31, 2024.

Such persons must also be free of disciplinary proceedings.

There are “Those who have attained the position of Substantive Director (Grade 17) on or before January 1, 2020 and are not retiring from the service earlier than December 31, 2024 are eligible to participate in the selection process while officers undergoing disciplinary proceedings are excluded,” it added.