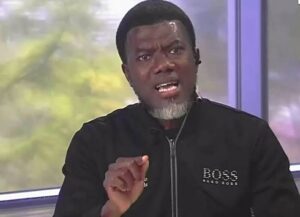 Omokri, a former aide to ex-President Goodluck Jonathan, accused the president of being an enemy of Nigeria’s progress.

In a series of tweets, Omokri accused Buhari of using the foreign loans on alleged useless things like building a Naval base in a desert in Kano State.

He wrote: “A new $4 billion loan. What is Buhari even using all these loans for? Useless things like Naval Base in Kano’s desert and sewing Igbo trousers that never reach the ankle. What has this nation called Nigeria done to deserve this enemy of progress?

“Naira is now ₦550 to $1, and Buhari still wants to borrow an additional $4 billion after increasing foreign debt from $10 billion in 2015 to $34 billion today? Does he have no shame? What type of bambiala mentality is this? Is it until Naira gets to ₦1000 to $1?”

Buhari had on Tuesday asked the Senate to approve $4 billion and €710 million external loans.

The president’s request was contained in a letter addressed to Senate President Ahmad Lawan and read at plenary yesterday.

YOU MAY ALSO LIKE:   'My Dad is Better Than Parents Of Those Criticizing Him' - MC Oluomo's Son Replies People Calling His Father A Tout

Buhari said the proposed loan would be financed through sovereign loans from the World Bank, French Development Agency, EXIM Bank and IFAD.

Buhari noted that the loan, if approved, would enable the Federal Government fund critical infrastructural projects in different sectors across the country.