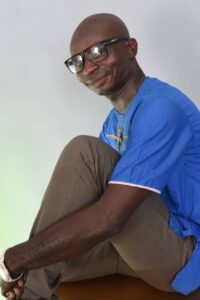 One singer who has kept the flag of Fuji music flying in Ekiti state is no other than Akanmu. He’s also called Chief Banuso of Fuji worldwide.

The Ado-Ekiti based Sensema who was decorated as Eyinju Oganla by the Oganla of Fuji, Pasuma Wonder, is set to release a new album. The new effort is titled, Assignment.

YOU MAY ALSO LIKE:   Antonio Conte Leaves Inter By Mutual consent as Inzaghi Prepares to become New Manager

The album which was produced by prolific music producer, Prince Ademola Adelakun, is slated to be launched 6th September at the prestigious Oyebam Hotel in Ado-Ekiti.

Some of the tracks on the highly danceable and philosophical album include, Motide, Ogbon, Education, Okudu 1, among others.

Excited Akanmu Sensema, who was a winner in Fuji Repete competition, is full of praises to the God and people like High Chief Ayodeji Alawode Tuntun and others that contributed immensely to his successful career.