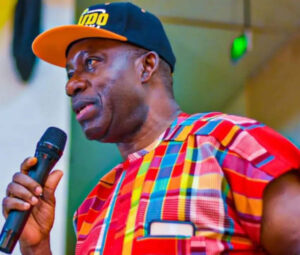 The Governor of Anambra State, Prof. Charles Soludo, on Wednesday announced some individuals to address insecurity and the agitations by the outlawed Indigenous People of Biafra (IPOB) in the state and other southeast territories.

Top among those named are former Chairman, National Human Rights Commission (NHRC), Prof. Chidi Odinkalu who is the Chairman of 15-member committee and Bianca Ojukwu, wife of the late Biafra warlord, Odumegwu (Secretary).

According to a statement signed by the Secretary to the State Government, Prof. Solo Chukwulobelu, obtained by POLITICS NIGERIA, the committee would be inaugurated soon. They were also given six months to conclude their activities.
Others members on the list are Dr Joe Nwaorgu, Dr Udenta Udenta and Dr Uju Agomoh.

“Given the cross-border nature of the conflict, the focus goes beyond Anambra, and possibly covers the entire Southeast. Specifically, the Terms of Reference for the Committee are to identify the remote and immediate causes of the agitations, restiveness, violence, and armed struggle in the South East since 1999; and document victims/circumstances of death, brutality and incarceration.
“To identify stakeholders and groups who have played critical roles in the agitations and conflicts, their roles, capabilities and demands; address any other issue(s) that may be germane to unravelling the extent of the crisis and charting the roadmap for the future; and make recommendations for sustainable peace and security in Anambra state/Southeast. The Committee shall be free to draw up the methodology to accomplish its assignment,” the statement reads in part.