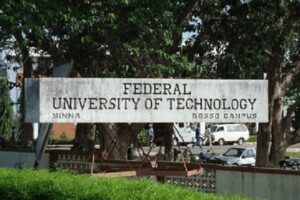 More than 24 hours after suspected bandits attacked off-campus residences of the Federal University of Technology students, Minna, the management of the institution is yet to issue a statement on the incident while lectures have continued.

The university’s campus radio also aired nothing on the attack that claimed one life and led to the abduction of two others.

Some students of the institution confirmed to THE WHISTLER that lectures continued as scheduled amid the apprehension and panic caused by the attack.

The attack which occurred at about 11:30 PM on Wednesday, led to the death of a barber and the abduction of two sales boys of a popular store in the off-campus area.

One of the students who spoke to THE WHISTLER on the condition of anonymity condemned the decision of the institution to continue academic activities without considering the mental effect of the attack on students.

“It is really bad that the school decided that lectures should continue as if nothing happened, the incident happened few blocks away from my lodge. I was surprised that lectures were held yesterday (Thursday) and today (Friday). I couldn’t even pay attention in class this morning,” said the student.

The institution’s students’ union president declined to comment on the issue while a highly placed source at the university told our correspondent that the management’s decision to keep mum over the issue was premised on advice by security agents.

Meanwhile, the bandits are yet to reach out to the family of the abducted persons.

YOU MAY ALSO LIKE:   BREAKING: IPOB/ESN is behind plot to destroy me – Abba Kyari reacts

“We have not heard from them, we are still waiting,” a family source told THE WHISTLER on Friday.

The source, however, added that security agents were conducting search and rescue operations already.