Jigawa state governor Muhammad Badaru Abubakar, has appointed a special assistant to each of his three wives.

Of the 51 Special Assistants that were appointed by the governor, there is also a special assistant for street light as well as for population control.

According to a copy of the lists of the appointees obtained, it shows that Sa’adatu Bashir Muhammed, is a special assistant to the first wife of the governor, while Mariya Muhammed Muktar and Aisha Garba are special assistants to the second and third wife respectively.

Hassan Usman Bulama and Surajo Musa Gwiwa are Special Assistants to the governor on Street light and population control. 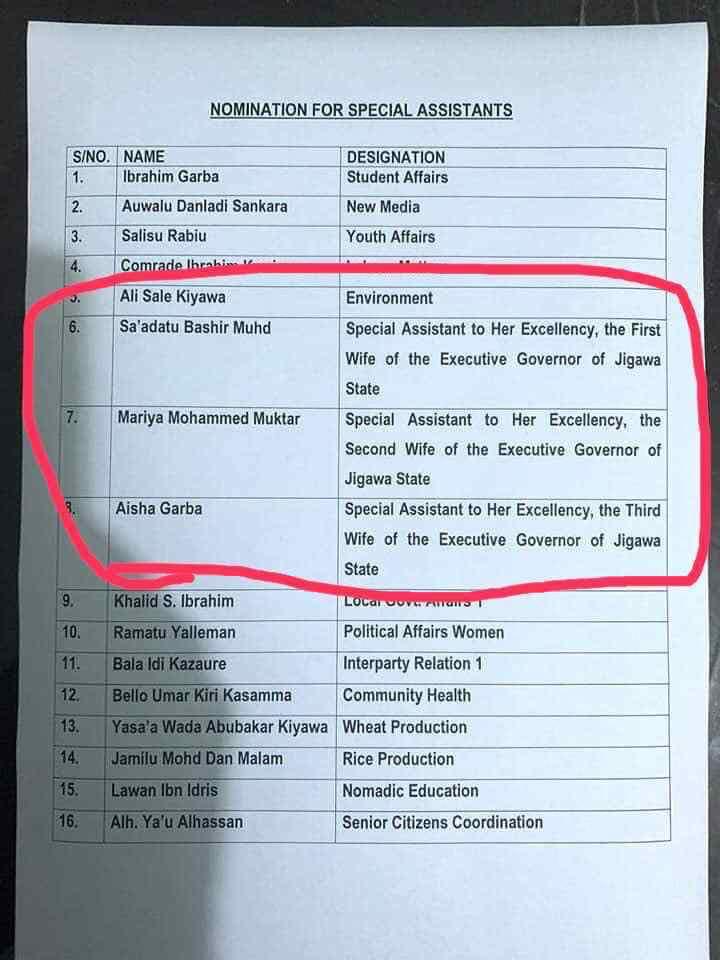 Previous Gunmen abduct 9 people, including a boy in Abuja
Next ZENITH BANK DRIVES CONVENIENT BANKING AND FINANCIAL INCLUSION WITH Z-MONEY