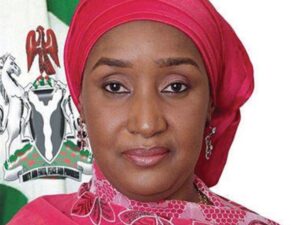 With the removal of technical hurdles, the Federal Government has resumed payment of allowances to remaining Batch A and B of N-Power volunteers.

The Permanent Secretary, Federal Ministry of Humanitarian Affairs, Disaster Management and Social Development, Bashir Nura Alkali, in a statement, confirmed that payment has resumed after solving problems of system setbacks.

Alkali explained that the accounts of the affected 14,021 volunteers were flagged in March 2020 by the Federal Government payment system, the Government Integrated Financial Management Information System (GIFMIS), for various reasons.

He blamed the delay on beneficiaries having multiple accounts or accounts receiving salaries and allowances from multiple channels and the government on permanent employment, or for participating in other schemes.

“These acts violate the regulations guiding the N-Power volunteer programme and could amount to gross misconduct and corruption,” he warned.

He noted that the Ministry carried out detailed investigation with relevant MDAs, and so far 9,066 volunteers beneficiaries have been cleared for final payment.

“Based on this reality, the five months allowance arrears of N150,000 each, is currently being paid,” he further explained.

He also clarified that the allowances of the remaining 4,955 volunteers is still withheld for further investigation.

YOU MAY ALSO LIKE:   JUST IN: “Terrorists that tried to overthrow me are in Nigeria” – Turkish President, Erdogan

Alkali promised sanctions for volunteers who violated agreement guiding the scheme and the law.

“Where clear violations of the agreements are established, such violators will be subjected to appropriate sanctions as stipulated by the law,” he said.