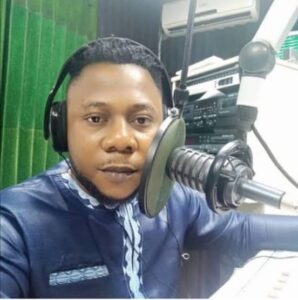 He was shot outside 407 Club at Oluyole Estate, Ibadan, Oyo State, on Saturday night.

Ejanla had posted snap videos from the club around 8:57 pm.

He was shot by the masked gunmen who came on bike while leaving the club with some friends around 11 pm.

The gunmen were said to have asked all of them to lie down before directly shooting Ejanla repeatedly.

His remains had been deposited at the morgue at Adeoyo Hospital, Ring Road, Ibadan.

YOU MAY ALSO LIKE:   ‘Why You Should Not Give Money To Any Lady This Christmas’ – Apostle Suleman
Gunmen Kill Former Naija Fm OAP Ejanla In Ibadan 2021-06-20
Oluwasegun Adesuyi
Share