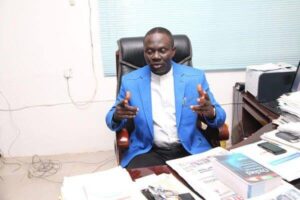 It will be recalled that on February 27, 2019, Atiku lost the presidential election to incumbent President Muhammadu Buhari of the APC by over 3 million votes. Atiku subsequently described the election as the “worst in Nigeria’s democratic history.”

Asked in a recent interview with Punch if he aligns with the claim that Atiku was rigged out as claimed by the former VP and the Peoples Democratic Party (PDP) at the time, Afegbua accused the APC of rigging the last presidential election through Borno and Yobe states.

“Of course we were rigged out,” he said. “They used Borno and Yobe states to rig the election. Yobe state recorded close to 84 per cent attendance; such a curious figure where insurgency has been ravaging, same goes for Borno, about 86 per cent attendance. The figures we scored in those two states affected us badly, and we felt the military under Buratai (Tukur Yusuf) might have compromised. Don’t forget that there was this issue of bullets for ballot during that election. It was like a threat and the rest, as they say is history.”

Previous JUST IN: FG announces creation of new agency, appoints head
Next “I have the Fulani brain to lead Nigeria” – Orji Kalu