Home / cover / How Depression Made Me Stay Away From Social Media—Omashola, Ex-BBNaija Star

How Depression Made Me Stay Away From Social Media—Omashola, Ex-BBNaija Star 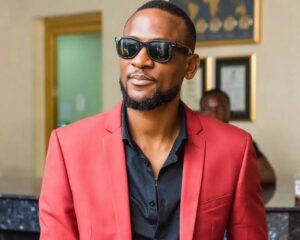 Former ‘Pepper Dem’ housemate, of the Big Brother Naija reality TV show, Omashola Oburoh, has revealed that he went through a terrible time while battling with depression.

Oburoh said he was dealing with serious personal issues which forced him to stay away from social media.

He said these on his verified Instagram page @Sholzy23 on Friday.

However, he told his fans that he is currently better and striving to succeed.

He said, “I want to use this medium to thank everybody who checked up on me one way or the other. I’m overwhelmed by your love and support and I sincerely appreciate it. I was dealing with some deep issues but I am making headways and better now by God’s Grace. Thank You.”

Oburoh’s post came four days after he hinted that he was going through depression and was gradually reaching his breaking point.

He had said, “They say in your youth, depression is mostly peer pressure and the strife to not want to be left behind. In old age, depression is a bucket full of regrets and it is worse than the former.

“Thank God I’m still young but a lot of pressure. I’m lonely in a world surrounded by people. Trying to keep my cool but slowly reaching my breaking point.”