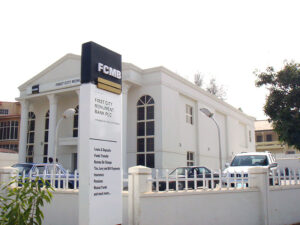 If you’re investing on a mega business project and First City Monument Bank (FCMB) is your banker, you would reasonably have a rethink after reading this exclusive piece. It is a story of how the bank and its desperate crooked senior staff almost ruined a foremost sports betting company in Nigeria.

It all started late in 2018 when the owner of the betting company (names withheld) gave the Allen Avenue, Ikeja branch of FCMB an instruction to buy dollars equivalent to N1billion for his domiciliary account with the bank. It is a standard practice for the bankers to ensure that the foreign currency (dollars) appears in the customer’s domiciliary account before debiting him of the naira equivalent, and the customer made no mistake by emphasizing on this when he instructed Mrs Uki, his account officer at the bank to make the deal.

YOU MAY ALSO LIKE:   30 rotten bodies of kidnapped victims found in abandoned govt hospital

But out of greed, the senior officers of FCMB were sourcing for cheap dollars in order to make huge profit, and in the process threw the ethics of their profession to the winds. Mrs Joanne Oyenike was Allen Branch Manager of the bank then. She would later be sacked as a result of the scam and drama that trailed the transaction.

Another key figure in the scam is Mr Adeoye Adeyemo, who was FCMB’s Head of Commercial Banking as at then. His department would later be disengaged for lack of results. It was the Allen Branch Manager, Mrs Oyenike and Adeyemo who led this shocking scam you’re about to read.

However, some crooked senior staff of the bank thereby moved the customer’s instruction to Oba-Akran branch of FCMB, where the sum of N1billion was fraudulently deducted from customer’s account without the dollar equivalent credited to his domiciliary account.

Meanwhile, the Sports Betting Company MD was seriously ill. Perhaps, he anticipated to use the money for his treatment abroad, but was denied the privilege by the crooked FCMB senior staff. It was until 2019 when he returned from his medical trip abroad that he decided to write the bank officially, and trouble started.

The bankers said the dollars equivalent of the N1billion was hanging (it could not be traced till date), and the customer threatened to withdraw all his company’s accounts from FCMB – that was when the management of the bank started begging him and proposed compensating him with N500million.

In fact, a prominent Southwest monarch was also approached by FCMB’s management to help in appealing to the cheated customer because he is one of the bank’s biggest customers.