HOW LONG – BiG Question by The Ras General

US based Nigerian reggae musician and actor The Ras General has dropped a new single ‘How Long’, a song inspired by current events happening around the world.

A former member of the Rasta Officers Band, the first reggae family band to come out of africa formed with his three brothers as members.

The Ras general (Given name, Stanley Onwu) would soon relocate to Ghana where he became a member of the Twelve Tribes of Israel Organisation where he met another rasta bredren by the name Ras Korby and together they formed another band known as The Nazarite VowBand, one of the biggest and most militant reggae outfits in Ghana at the time.

The Ras General always on the move later migrated to the united States of America, where he still resides with his family.

The artiste who is also an Actor, Poet, Movie Producer, Writer and Singer has performed alongside many local and international acts including reggae legends like Mutabaruka, Yesus Afari, Culture, Don Carlos, Buju Banton and Toots Hibberts just to mention a few. 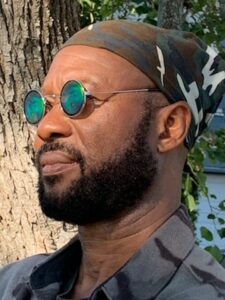 He also played a major role alongside Jamaican movie star Paul Campbell in the movie ‘The Jamaican Mafia.’

The song is also available for download on social media platforms.