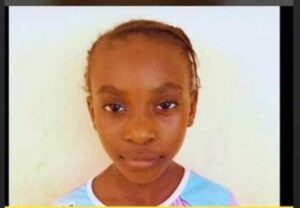 A 7-year-old girl, Damilade Fadare who was declared missing on evening of December 6, 2021, at Adehun, Ado-Ekiti, the has been found dead in the early hours of today.

According to reports, she was found dead this morning stabbed multiple times by a neighbour, who thereafter kept the corpse inside a cooler.

The house where she was found allegedly belongs to a pastor at Bolorunduro Street in the Adehun area.

It was gathered that the pastor said his wife was not around yesterday when officers of the Ekiti State Police Command were searching for the child, hence so the policemen could not search the house.

According to reports, irate residents of the area have the house ablaze due to the heinous act.

Previous 108 Suspects remanded In Prison for impersonating Naval Officials
Next Just In: Riot In Ojodu Berger As Trailer crushes Seven Students to death