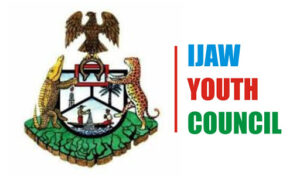 If true federalism is not guaranteed by President Muhammadu Buhari’s government, Ijaw youths under the umbrella body of the Ijaw Youths Council (IYC) have threatened to reenact the 12 days revolution proclaimed by their hero, Major Isaac Adaka Boro, in 1966 to secede from Nigeria.

The IYC said in a statement released on Sunday by its spokesman, Ebilade Ekerefe, to commemorate the 53rd anniversary of Boro’s death that the Federal Government’s continued neglect and exploitation of the Niger Delta region will lead to a more volatile revolution than the one witnessed in 1966.

YOU MAY ALSO LIKE:   Hide Your Wives, Sisters, Boma BB Naija Warns As He Resorts To Live Up To His Infamous Reputation

The government must immediately “constitute the substantive board of the Niger Delta Development Commission (NDDC) and take measures towards proper restructuring and true federalism in the country” to dissuade them from carrying out their program, according to the declaration.
The IYC noted that while the Niger Delta has remained peaceful amid calls for attention to the region’s plight, the Buhari administration’s failure to accede to the region’s demands force it to reenact the drama that led to the declaration of a republic in response to inequality, lack of fairness in infrastructure growth, and the region’s political status.

“We also want Nigerians to know that the 30-day deadline given to President Muhammadu Buhari and the Federal Government on April 25th is still in effect.
“We are ready and will not back down from demanding the immediate reconstitution of the substantive board of the Niger Delta Development Commission (NDDC).

“If the frivolous excuse of the Buhari-led administration on NDDC is forensic audit, what excuse would they present for the delay in the completion of the East-West road?

“Many travellers have died, irrespective of their status. And many are still dying due to the deplorable condition of the road.

“As a council and toeing the line of our visionary hero, Jasper Adaka Boro, we are warning that despite our love for peace, may the Federal Government not let the region re-enact the drama which led to the 12 days revolution against injustice, lack of fair play in infrastructural development and political status of the region,” the statement read.