Imposition Of Monarch Not Part Of Our Tradition, Says Oloto Royal Family 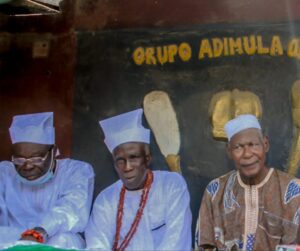 The Oloto Royal Family of Iddo and Lagos Mainland recently urged politicians to stay away from their king-making process, adding that the imposition of monarchs on kingdoms by politicians is allien to their culture and tradition.
The call was made by chiefs of the ruling houses at a recent meeting held in Lagos.
Present were Chief Mohammed Bashir Ayinla Akinola, the Odofin Oba and Secretary of Oloto Royal Family;  Chief Lamina K. Akinlolu, the Ojomo Oba and Head Baalo Ruling House; Chief Jubril Adebayo Oloto, the Aro Oba and Head of Olupejobi Ruling House, and Chief Shamusideen Adisa Pedro, the Eletu Oba and Head of Eru-Ifa Ruling House, all representatives of the three ruling house of The Oloto Royal Family of Iddo and Lagos Mainland.
The chiefs revealed that their call for politicians to stay away from their affairs follows speculations of an attempt by some very powerful persons in Lagos State to impose a monarch on the kingdom following the death of the last King, Oba Ganiyu Okeyide Odesanya who reigned between 1990 and 2016.
A statement signed by the Secretary of the ruling houses said “We are dismayed that persons are trying to impose a candidate  from Olupejobi ruling house, which produced the past Oba.”
The statement further said “the act is not only against the culture and traditions of the Oloto Royal Family practised over six centuries ago, but against the express provisions of the aforementioned declaration which is an official record of the government of Lagos State.”
Chief Jubril Adebayo Oloto, the Aro Oba and Head of Olupejobi Ruling House while speaking noted that prior to the installation of Oba Okeyide Odesanya, the chiefs, kingmakers, branch heads and entire Oloto Royal Family identified three ruling houses in Otto namely Olupejobi, Baalo, and Eru-Ifa Ruling houses, with succession to the throne to rotate from Olupejobi through Baalo to Eru-Ifa ruling houses.
He further noted that the attempt at imposing a candidate on the kingdom is against the  express declaration of late Oba Okeyide Odesanya whose wish  and declaration was that a person from Baalo ruling house should succeed him. 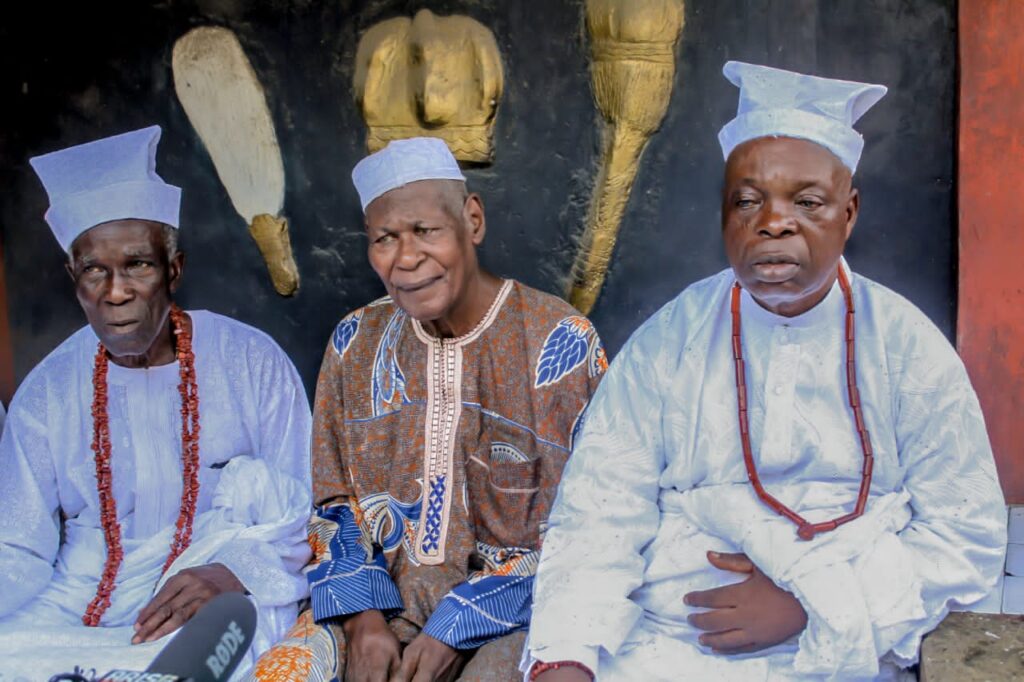 According to him, the move to impose a candidate from the ruling house which produced the last Oba is one which if allowed to succeed will breed problems in Otto and distort the peaceful co-existence of the people in the area.
He thus urged people who are not familiar with the culture and tradition of the kingdom to halt their attempt at causing unrest with their planned imposition of a candidate outside the ruling house who is supposed to produce the next monarch, adding that the ruling houses are capable of handling their affairs.
YOU MAY ALSO LIKE:   Operation Burst Recovers 23 i-Phones From Suspect During Raid On Criminals’ Hideouts In Ibadan
Oloto Royal Family 2021-04-26
society_admin
Share