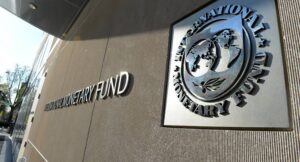 The International Monetary Fund has called on the Federal Government to further increase the Value Added Tax rate to tackle the current revenue challenges being faced by the country.

The Federal Government had in 2020 raised the rate of Value Added Tax from five per cent to 7.5 per cent to raise revenue.

Nigeria currently has one of the lowest VAT rate in Sub Saharan Africa.

The administration of President Muhammadu Buhari is currently battling revenue underperformance and had resulted to borrowing to finance the annual Federal Government budget.

The Federal Government is to spend N3.61trn servicing Nigeria’s debt burden in the 2022 fiscal period.

The N3.61trn to be used to service the nation’s debt represents about 34 per cent of the 2022 projected revenue of the Federal Government.

Nigeria is experiencing a worsening debt level as the country’s indebtedness rose by N2.5trn between July to September last year.

YOU MAY ALSO LIKE:   GTBank Relationship Manager Bagged 18 years Jail Term for Fraud

But the IMF, in a statement at the end of its Article IV consultation with Nigeria, said despite the recovery in oil prices, the general government fiscal deficit was projected to widen in 2021 to 5.9 per cent of GDP, reflecting implicit fuel subsidies and higher security spending.

YOU MAY ALSO LIKE:   Amotekun Warned: Foreign Herdsmen Are In Our Forests

It also called for urgent fiscal reforms to stop fuel subsidy and tackle the vulnerabilities of the exchange rate market.

The Federal Government had on January 24 suspended its plan to remove fuel subsidy this year. It also proposed to extend the subsidy removal implementation period by 18 months, saying it would engage the legislature for the amendment of the Petroleum Industry Act.

The IMF Executive Directors said in the statement that the country’s outlook remained subject to significant risks, including from the pandemic trajectory, oil price uncertainty, and security challenges.

YOU MAY ALSO LIKE:   James Earl Jones: Darth Vader who is also King of Zamunda turns 90 years

“In this regard, they called for significant domestic revenue mobilisation, including by further increasing the value-added tax rate, improving tax compliance, and rationalizing tax incentives.

“Directors also urged the removal of untargeted fuel subsidies, with compensatory measures for the poor and transparent use of saved resources. They stressed the importance of further strengthening social safety nets.

The IMF Directors said it considered it appropriate to maintain a supportive monetary policy in the near term, with continued vigilance against inflation and balance of payments risks.

They encouraged the authorities to stand ready to adjust the monetary stance if inflationary pressures increase.

Previous ASUU Gives Update On Planned Strike, Slams Buhari Over Supervision Of MoA
Next JUST IN: Wife Of Ex-Ondo Deputy Governor Dies After Complaining Of Stress