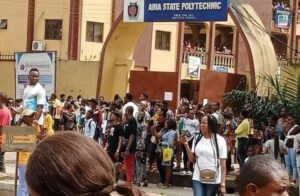 The union, after an emergency meeting on Tuesday, said staff of the institution live in deplorable condition due to non-payment of their salary arrears.

In an interview with THE WHISTLER on Wednesday, Chairman COEASU, Abia State College of Education Technical Arochukwu chapter, Comrade Kevin O Egesi, revealed that the nonchalant attitude of the state government towards teacher education was condemnable.

The union further accused the college management of refusal to promote staff for more than 7 year and to implement financial increment from 2008 till date.

He said: “In the meeting held on 19th July, 2022 the National Executive Council of COEASU agreed to continue with the strike action going on in the Colleges. Agreed to meet again in three weeks time.

“Abia State College of Education (Technical) Arochukwu staff are in a very deep suffering because of 29 months salary arrears owed to them. Abia State Government’s nonchalant attitude towards teacher education development and non release of subvension to the college have killed many staff, rendered many homeless and scattered many families. What is our offence in working for the state.

“The college management refused to promote staff for more than 7 years and also refused to implement financial increment from 2008 till date. Non- remittance of deducted union check-off dues by the management to cripple the union is a big offence. And the continuing deduction of staff salary by 15% for more than 2 years now. What a management, man inhumanity to man.

“Based on all these plight and suffering of the workers, strike continues in Asceta till all our demands are done.We will all see light at the end of the tunnel. Aluta continua”.

Recall that the National Board for Technical Education (NBTE) on Tuesday withdrew the accreditation of Abia State Polytechnic, Aba, for failing to pay staff salaries and allowances for over 30 months.

In a statement issued on Tuesday, a spokesperson for NBTE, Fatima Abubakar, said the accreditation was withdrawn because the polytechnic had not shown any commitment to offset the arrears and ensure regular payment of salaries.