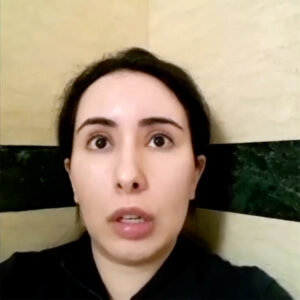 The UN says it has not received any evidence from the United Arab Emirates that Dubai’s Princess Latifa is still alive, a fortnight after seeking proof. The United Nations Human Rights Office asked for evidence that the daughter of Dubai ruler Sheikh Mohammed bin Rashid Al-Maktoum was still alive after a video shot by the princess was broadcast by the BBC.

“We raised our concerns about the situation in light of the disturbing video evidence that emerged this week,” Liz Throssell, spokeswoman for the UN High Commissioner for Human Rights, said at the time.

In the video, Princess Latifa, now 35-years-old, said she was being held captive in a “villa jail” in Dubai and that she feared for her life.

A spokesperson for the Office of the UN High Commissioner for Human Rights (OHCHR), Rupert Colville said: ”We’ve held discussions with representatives of the UAE government here in Geneva, but I don’t have any particular progress to report.”

He said that proof of life of the princess had “not yet” been received.

YOU MAY ALSO LIKE:   HMO Firm Teams Up With PreDiagnosis to Push Telehealth

In February, a statement sent by the United Arab Emirates embassy in London from Princess Latifa’s family insisted she was “being cared for at home.”

Also in February, a handwritten letter from 2019, which was only given to police by the princesses friends last month, was revealed.

In the letter, Princess Latifa urged British police to reinvestigate the disappearance of her sister, Shamsa, who was was kidnapped on the orders of their father after fleeing the family’s estate in Surrey over two decades ago.

YOU MAY ALSO LIKE:   UBA, LCCI to Create Value For SMEs At 2019 Lagos Int’l Trade Fair

The letter, which was received by Cambridgeshire Constabulary, said: “All I ask of you is to please give attention on her case because it could get her freedom … your help and attention on her case could free her. She has strong links to England … she really loves England, all of her fondest memories are of her time there.”

It is understood Shamsa fled the family’s Longcross Estate in Surrey. Shamsa was forcibly taken, flown by helicopter to France and by private jet back to Dubai.