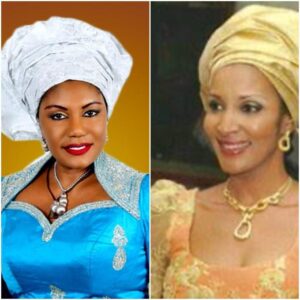 Bianca Ojukwu, the widow of the late Biafra warlord, Chukwuemeka Odumegwu Ojukwu has expressed her optimism that Anambra State will be better.

TRIXX NG recalls Bianca trended on social media when she was involved in a fight with the immediate past First Lady of Anambra State, Ebelechukwu Obiano.

Both women had to be separated by security agents and some personalities as they exchanged slaps at the inauguration of Soludo. Mrs Obiano was later taken away and shortly afterwards, her husband, Willie Obiano left the venue.

Bianca while reacting to Thursday’s swearing-in of Professor Charles Chukwuma Soludo as the new Governor of the state tagged March 17, 2022, ‘Liberation Day’, while stating that she is expecting ‘redemption’.

YOU MAY ALSO LIKE:   Ugwuanyi Assures Support for Woman Whose Son was Killed by Husband for Money Ritual

“It’s liberation day, and today we sing the Redemption Song. Anambra will be better!” she wrote on her known Facebook page on Thursday.