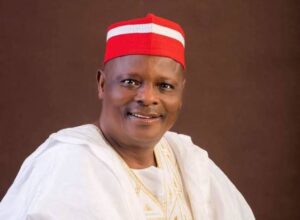 A former governor of Kano State and leader of the Kwankwasiyya movement, Senator Rabiu Kwankwaso, has defected to the New Nigeria People’s Party (NNPP) from the Peoples Democratic Party (PDP).

Kwankwaso in a letter dated 29th March, 2022 and addressed to the Chairman of the PDP in his ward, said he was leaving due to some serious and irreconcilable differences.

YOU MAY ALSO LIKE:   COVID-19: Heritage Bank joins WHO to celebrate health workers globally

The letter read, “It is with deep sense of humility that I write to notify you that, as a result of some serious and irreconcilable differences, I have reached the conclusion that my continued stay in the PDP is untenable.

“Therefore, effective from today, Tuesday the 29th of March, 2022 I have withdrawn my membership from the Peoples Democratic Party.”

Earlier, close political associates and supporters of Kwankwaso had defected to the NNPP.

THE WHISTLER had earlier reported how stakeholders in the PDP moved to withdraw the leadership of the party from Kwankwaso’s control over his ‘political romance’ with the NNPP.