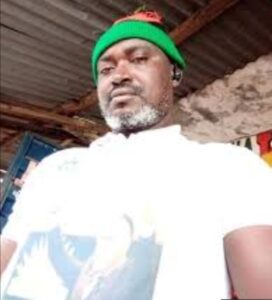 The coordinator of the Indigenous People of Biafra (IPOB) in Sierra Leone, Chidi Uchendu, has been arrested by police in the African country. According to Lauretta Onochie, Uchendu’s arrest which was confirmed by a reliable source, took place on Monday, September 27, at his business location in Freetown.

The presidential media aide disclosed that the suspect was nabbed because of his involvement in promoting Biafra agitation in the African nation. At the moment he is still in police custody pending when he will be prosecuted.

Reacting to this development, she said that Nigeria’s allies will no longer accommodate nor tolerate terrorists in their territories. Court document finally reveals country that extradited Nnamdi Kanu Meanwhile, a lawsuit on behalf of Kanu, filed by his lawyer Kingsley Kanunta had shown that the leader of the Indigenous People of Biafra was extradited from Kenya. The suit was filed against the Kenyan government for what the embattled secessionist described as unconstitutional extradition. According to the petition, Kanu was in the African nation to seek medical attention for a heart challenge and for “Indigenous People of Biafra-related work”. Revealing further, the suit said the agitator arrived at Jomo Kenyatta International Airport in May from Kigali, Rwanda, on an East African tourist visa. It added: “The subject is believed to have been apprehended at the airport on June 19, 2021, and unlawfully detained for several days after which he was illegally and stealthily extradited to Nigeria without his British passport in utter-non-compliance with laid down processes of laws in Kenya.”

Among those mentioned as respondents in the suit are Kenya’s Interior CS, director of immigration, director of criminal investigations, OCPD Jomo Kenyatta International Airport, and Attorney-General. Meanwhile, senators of southeastern extraction on Wednesday, September 15, took the initiative to set up a panel that would look into the case of Kanu.