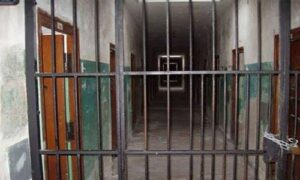 Some unknown gunmen on Wednesday ambushed officers of the Imo State correctional center, and killed two of them.

Society gazette reports that the incident happened this morning at Okigwe town, around the Umulolo axis of the state.

It was learnt that those injured have been taken to the hospital.

In recent times, the prevalence of insecurity in southeast states has risen to alarming levels, sending most residents into perpetual fear.

With criminality escalating in geometric magnitude, security operatives have not been spared from the onslaught of the lawbreakers. Soldiers, policemen, paramilitary officers, in their numbers have lost their lives just as a good number of police stations in some communities across the southeast states have been set ablaze.

Imo was worse hit in the immediate past year, and the attackers haven’t stopped yet.