Home / cover / JUST IN: US Journalist Shot Dead In Ukraine

JUST IN: US Journalist Shot Dead In Ukraine 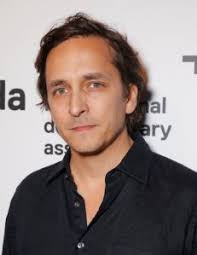 A United States journalist, Brent Renaudwas gunned down in Irpin, a frontline northwest suburb of Kyiv, capital of Ukraine, on Sunday.

Renuad was killed in the ongoing war between Ukraine and Russia.

The head of police in the Kyiv region said Renaud had been killed and another journalist wounded by Russian forces in Irpin, east of the capital.

“The invaders cynically kill even journalists of the international media who try to show the truth about the atrocities of Russian troops in Ukraine,” Andriy Nebitov wrote on Facebook.

YOU MAY ALSO LIKE:   Prophet Omale Slam 5bn Suits against Inept FCMB for EFCC Error

“Of course, the profession of a journalist is a risk, but US citizen Brent Renaud paid his life for trying to highlight the aggressor’s ingenuity, cruelty and ruthlessness.”

He also published photos of the press ID and passport of Mr Renaud, which had led to initial reports that Renaud had been on assignment for the New York Times.

In a statement published on social media, New York Times deputy managing editor Cliff Levy said the publication was “deeply saddened” to learn of Mr Renaud’s death, who he described as a “talented photographer and filmmaker”.

YOU MAY ALSO LIKE:   ‘You Don't Deserve My Sympathy Mr President’- Bisi Akande Tells Buhari At Book Launch

Though Mr Renaud had contributed to the Times previously, he had not been on assignment for the publication in Ukraine.

“Early reports that he worked for Times circulated because he was wearing a Times press badge that had been issued for an assignment many years ago,” a statement he shared from a New York Times spokesperson said.

According to his social media pages, Mr Renuad had been documenting the plight of refugees in the country.

He and brother Craig Renaud “have spent the last decade telling humanistic verite stories from the world’s hot spots,” according to their website, with their work spanning HBO, NBC, Discovery, PBS and Vice News.

YOU MAY ALSO LIKE:   Olowu of Kuta tackles senate over Buratai, others

This includes covering “the wars in Iraq and Afghanistan, the earthquake in Haiti, political turmoil in Egypt and Libya, the fight for Mosul, extremism in Africa, cartel violence in Mexico, and the youth refugee crisis in Central America.”

A military base in Yavoriv, near the Polish border, was hit during a Russian missile attack killing at least 35 people and wounding 134 others this morning, Ukrainian authorities said.

Tags JUST IN: US Journalist Shot Dead In Ukraine