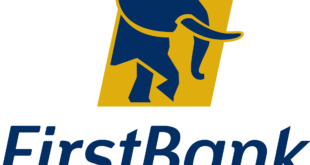 FirstBank: All Our Branches In South East Are Working 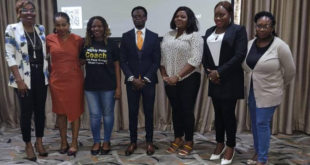 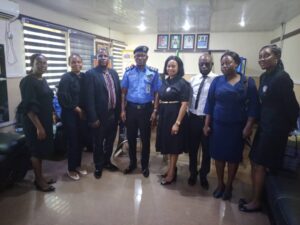 According to a statement signed by DSP Tijani Momoh, Zonal Police Public Relations Officer, Zone 5 Command, Benin, and made available to the National Association of Online Security Reporters, NAOSRE, the delegation from the Justice Ministry was led by Mrs C. A. Ebosele.

YOU MAY ALSO LIKE:   Obaseki’s Intolerant and Sadistic Leadership By Yakub Mohammad

The statement disclosed that Ebosele thanked the AIG for the warm reception accorded her and her team.

She brought to the attention of the AIG the mandate, vision and mission of the Citizens Rights Centre which include Protecting the rights of the citizens of Edo State, Investigations of sexual and gender-based violence, and close watch of correctional centers.

She requested for collaboration with the office of the AIG in the discharge of the core functions of her department for mutual benefits of both parties.
The Director also requested that an officer be appointed to serve as liaison between her Ministry and the Zone 5 Police Command, Benin.

Responding, the AIG welcomed the Director and her team and assured her of maximum cooperation, necessary support and collaboration to make her job easy.

The AIG promised to appoint a Desk Officer to liaise between the two offices as requested by the Director.

The AIG finally urged the Director to be free to call on his office whenever assistance is required by her department. 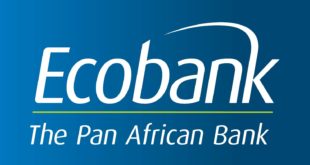 4 Customers To Get One Million Naira Each at the end of campaign Ecobank Nigeria ...