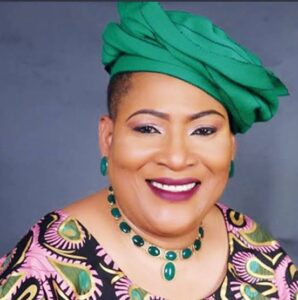 Ms Nelson, the only female member of Bola Tinubu’s influential governance advisory council in Lagos, passed on on Sunday morning, per family sources who informed Peoples Gazette. She was 66.

Family members said Ms Nelson had been unwell for a while, treating undisclosed ailments at different hospitals.

A spokesman for the ruling APC did not immediately return a request seeking comments.

Ms Nelson was appointed to NSITF by President Muhammadu Buhari in 2019, a position she held until May 2021 when she was removed under unclear circumstances. Months before her removal, Mr Buhari praised her as a loyal party member and commended her work towards his administration’s success.

She was born on February 9, 1956, and schooled in Ijebu, Lagos and Ibadan; and was survived by her three children.