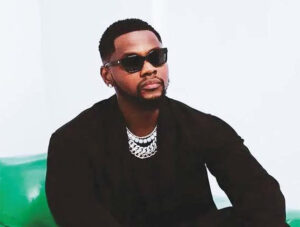 A Tanzania-based show promoter, Steven has claimed that Kizz Daniel’s missing gold chain was not the reason he refused to perform.
Steven said this during an interview with Daddy Freeze and Kizz Daniel’s brother Tolu.

He said that certain technical issues stopped the ‘Buga’ Crooner from performing.

Steven also claimed that the $60,000 he said was paid to the singer was actually sent directly to an agency managed by music executive, Paul Okoye.

He admitted that the singer tried to make amends when he arrived in the country one hour before the show after an 8-hour flight delay in Kenya. However, the show promoters told him there was no need for that as they will take care of it, but never did.

Sharing his brother’s side of the story, Tolu said Kizz was not paid in full while also adding that the contract for the show allowed for it to be postponed.

He argued that the father of two also offered to pay for a hall and for other things to ensure that the show was successful if postponed, which the show promoters agreed to but reneged after things took a negative turn.