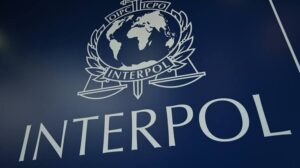 The Muhammadu Buhari-led federal government has begun uploading the biodata of terrorists and other criminals who escaped from the Kuje Medium Correctional Centre to the International Criminal Police Organisation (Interpol) database.
Recall that members of the Islamic State in West Africa Province (ISWAP) had on Tuesday night attacked the facility freeing over 500 inmates, including top commanders of Boko Haram, Ansaru, and kidnap kingpin Wadume.

Speaking to The PUNCH on Thursday, the Nigeria Correctional Service (NCoS) spokesperson, Umar Abubakar, said details of most of the escapees had already been uploaded.

YOU MAY ALSO LIKE:   Governor Ayade dumps PDP For APC, Assures Party 100% Loyalty

He said the NCoS had circulated the names, pictures, and other data of the inmates to other security agencies and border authorities.

On if Interpol has gotten the data, Abubakar said, “They are working on it; the ones they uploaded are not too clear to my liking and the management’s liking. Hopefully, they should be through tonight.

“Yes, we have access to the (Interpol) database. Every inmate or suspect that is brought to our facility, we photograph him and have the details about him before it goes to our database.

“They are trying to upload it and work on it so we can have the details of the offences committed and have the next-of-kin and take appropriate actions.”

He said the service had alerted other security agencies to look out for the fleeing inmates, stressing that the only issue is that “we want to upload the information with their pictures captured for easy identification by this night (Thursday) or earliest tomorrow morning (Friday); by 8 am, we should be through.”

Another senior officer dismissed claims that there were no close circuit cameras at the facility.

YOU MAY ALSO LIKE:   Ned Nwoko Becomes NAOSRE Grand Patron

He stated that there are cameras in Kuje prison, but the close circuit cameras are only meant to cover the facility’s interior.

“The prison has CCTVs; it is just that the cameras do not cover as far as the gate where the soldiers are. But within the walls, there is CCTV. The pictures of the fleeing inmates have been sent to Interpol,” he said.