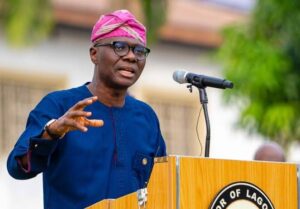 The Lagos State government has announced the restriction of human and vehicular movement on Saturday to facilitate the conduct of the planned local government polls in the state.
According to a statement on Thursday by the state Commissioner for Information and Strategy, Gbenga Omotoso, the restriction of movement will be in place between 8:00am and 3:00pm.

He explained that this will enable the Lagos State Independent Electoral Commission (LASIEC) to conduct elections in the 20 LGAs, and 37 Local Council Development Areas (LCDAs).

He urged all eligible voters to participate in the exercise.

“The restriction is to enable the Lagos State Independent Electoral Commission (LASIEC) conduct hitch-free elections into positions of Chairmen and Councillors in all the 57 Local Governments and Local Council Development Areas.

“The restriction will facilitate the ease of movement of the electorate, election materials and LASIEC officials for the sanctity of the election, effective monitoring and enhanced security.

“All eligible voters are urged to participate in the elections, which require the cooperation of all residents,” the statement noted.

Meanwhile, the Indigenous People of Biafra (IPOB) has refuted claims by former presidential media aide, Reuben Abati that a drug dealer is financing the group’s operations and activities.

IPOB on Thursday said Abati has insulted members of the group by suggesting a drug dealer is bankrolling their activities.

Earlier, Abati had reportedly said the group’s finances are linked to a drug dealer who was recently arrested by security operatives in Imo State.

In response, IPOB publicity secretary, Emma Powerful in a statement said the group’s activities are not funded by a drug dealer or any single individual but with voluntary contributions from members of the group.