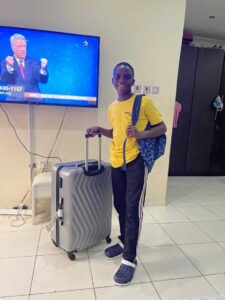 The Lagos State Ministry of Education has said it would unravel what led to the death of Sylvester Oromoni Jnr, a pupil of Dowen College, Lekki who died under allegedly controversial circumstances on Tuesday.

This comes as the school closed today following the family’s claims that the boy died as a result of injuries he got from being beaten by fellow pupils in the school forcing him to join a cult.

The school however claimed he was injured while playing football.

The statement also noted that she visited the school with a team from the ministry on Friday to investigate the incident.

“The Commissioner for Education, Mrs. Folasade Adefisayo, notes that this incident is shocking and the State is indeed sad about this great loss.

“A delegation comprising top-level management of relevant Ministries, Departments and Agencies and the Police, has visited the school on a fact-finding mission.

YOU MAY ALSO LIKE:   CBA Foundation and Efforts to Decriminalise Widowhood in Nigeria

“Preliminary investigations revealed that Sylvester Oromoni Junior was indeed enrolled as a student of Dowen College in its boarding facility and had been treated by the school’s medical personnel before the school requested that the parents take him away for further care.

“The State Government is in touch with the parents in this difficult time
.
“We reassure the family of the late Sylvester Oromoni Junior and Lagosians at large that efforts are being made to unravel the circumstances leading to his demise, even as we reiterate the Government’s commitment to Child Protection.”