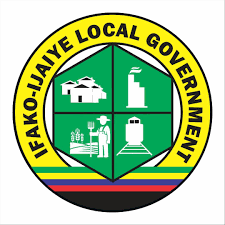 There’s a worrisome piece of information currently making the round in Ifako-Ijaye as regards process to determine who becomes APC flag bearer in the upcoming local government elections in Lagos state.

According to the information, leaders of the All Progressives Congress (APC) in the area are alleged may have embarked on moves likely to disrupt what is expected to be a free and fair primary. The said move by the leader, it was alleged may not be unconnected with funds that may have greased their palms.

Sources alleged that the leaders had given agreed to work for a particular candidate on account of bribe they were alleged to have collected. This, it was learnt is against what the party hierarchy had ordered that a level playing ground should be guaranteed for all aspirants that will be taking parts in the primary election.

Sources further hinted that every aspirant were called for interview by the leaders and that in the process, the man who seems to have more money to part with as bribe to buy their support was secretly endorsed.

Pundits who are already in the know of the unhealthy arrangement are of the view such practice that is common in the electoral process in the country is the reason wrong set of people have always clinched positions by buying through their ways. They added such “investors” end up recouping their money and stacking up money to buy their way in subsequent elections, all at the detriment of the people, when they get to office.

It is on record that Asiwaju made a categorical statement that he had no annoited aspirants and that leaders still bent on using Tinubu’s name to perpetuate their selfish wish by collecting money to favor aspirants against other and that it’s the situation of things in Ifako-Ijaye where money is said to have changed hands among some leaders to favor a particular aspirant.