Home / cover / LG Election: Taiwo Oraka on a Quest to Charting a new course for Ifako-Ijaye

LG Election: Taiwo Oraka on a Quest to Charting a new course for Ifako-Ijaye 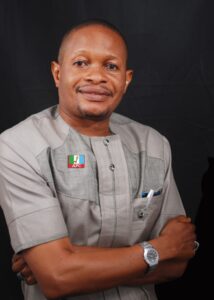 In this last category is Hon. Taiwo Oraka, one of the aspirants vying to become the Chairman of Ifako-Ijaye Local Government in the forthcoming local government elections in Lagos State.

YOU MAY ALSO LIKE:   Opinion: IBADAN, Honour to the undeserving By Wole Arisekola

Oraka is a seasoned technocrat with political awareness whose unwavering loyalty to the the progressive ideas of the All Progressives Congress (APC) is dated way back to his involvement in the MKO Abiola’s campaign under defunct Social Democratic Party (SDP) in the early 90s.

His belief is that everyone deserves access to good and affordable health care as evident with his yearly medical outreach programme for the people of Ifako-Ijaye which he plans to develop into fully functional and funded health center in the 7 wards of the local government.

Apart from health, Oraka also has some other plans lined up for the betterment of the people of Ifako-Ijaye. He has laudable plans with verifiable blueprint on different sectors of human endeavors as his plans in education, transportation, portable water, youths and women empowerment as well as welfare of old people, are top notch that will make the local government a standard for others across the country.

Oraka’s ideology has been endorsed to a laudable way to bring dividends of democracy to the good people of Ifako-Ijaye Local Government. He’s full of hope he will be granted the opportunity by his people to serve through the forthcoming primaries of the APC.

Tags LG Election: Taiwo Oraka on a Quest to Charting a new course for Ifako-Ijaye