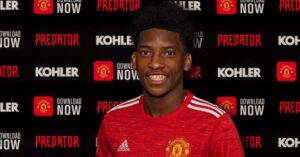 With the January transfer window open across Europe, the most anticipated arrival is actually one that was agreed back in October. In what is surely one of the most curious deals ever, 18-year-old Amad Diallo (he dropped Traore from his name earlier in 2020) signed for Manchester United from Atalanta for €21 million, plus another €20m in add-ons, despite the fact that his first-team league experience had amounted to a meagre 24 minutes at the time.

Diallo scored four minutes into his 13-minute Atalanta debut as a substitute against Udinese in October 2019 (becoming the first player born in 2002 to score in Serie A), but only played another 11 minutes across two games that season. Then, despite United’s attention, he had to wait almost a year for his next senior minutes: a 13-minute cameo against Hellas Verona on Nov. 28 before a promising 22-minute appearance off the bench in the Champions League against FC Midtjylland on Dec. 1, in which he showed some delicate touches, fine runs and had two good shots saved late on.

Indeed, Diallo’s ability on the ball has seen him likened to Barcelona legend Lionel Messi, and he’s excelled even when playing two age groups above his own throughout his youth career. However, it’s still a massive fee for such an untested player who might not even feature in the Premier League this season. You also have to wonder why the teenager has been used so sparingly (especially in an outrageously fixture-congested year) by Atalanta — even as an impact sub — given his obvious talent, profile and credentials.

With only another 35 minutes under his belt since they agreed the deal, it’s a gamble for United, who have been burned before with the likes of Bebe. But sources told ESPN’s Rob Dawson that Diallo will be considered a first-team signing, along with 18-year-old Facundo Pellistri who was signed from Uruguayan side Penarol at the same time.

As Diallo arrives in Manchester after receiving his UK work permit, here’s a look at why the Old Trafford hierarchy thought the Ivory Coast-born winger was worth the risk. 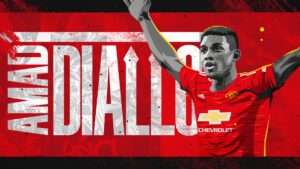 What kind of player is he?

Diallo is far from unknown on the scouting circuit, having been on the radar of Europe’s leading clubs for quite some time due to his performances at youth level — where he often stands out against older opponents — and his more recent displays in the Italian “Primavera” (U19) league.

His stats in the Primavera over the past two years are impressive — 12 goals and nine assists in 39 games — while he also notched one goal and three assists across six games in the UEFA Youth League in 2019-20.

YOU MAY ALSO LIKE:   Ecobank Nigeria announces the pricing of its Senior Unsecured $300 million bond

A top scout at one such club granted ESPN access to their entire file on Diallo, which dates back to 2019 and is based on his appearances in youth tournaments and the U19 league. In the club’s internal system, Diallo is rated as a potential 7.5 player (out of a maximum 10), which equates to “a prospective regular at a Champions League-level club” — just for reference, a peak Messi was apparently a 9.0 according to their system (clearly nobody can be perfect!)

Some snippets from the report, which was compiled using input from different members of the club’s scouting staff, reveal interesting details about his characteristics as a player.

“Physical profile: can seem lightweight, but deals well with contact. Able to stay on his feet even when facing strong challenges. Low point of gravity, good balance. Impressive change of direction with and without the ball. Impressive body control and coordination. Very quick on short spaces, loses some power and speed over longer distances. More continuous than most players of his age, impact persists throughout the game.”

Diallo is also applauded for his “capability to see all areas of the pitch” and he is “able to distribute the ball well beyond short-medium distances; executes good switches of play.” His defensive work-rate is also highlighted as a positive: “His willingness to track runs, defend and align with the team’s defensive structure is surprisingly good.”

YOU MAY ALSO LIKE:   JUST IN: Buhari to address Nigerians on June 12 at 7 am

What position does he play?

Diallo moved from central midfield early in his career. Diallo is now a tactically aware inverted winger — ideal for a 4-3-3 formation — with skills more akin to the modern wide playmaker than an out-and-out winger limited to a change of pace and the ability to take on opponents. The report reads:

“Characteristic inverted winger who likes to cut in on his left foot from the right. Prefers to take up positions relatively deep in order to participate in build-up rather than go directly for a goal or the conclusive phase, but is also effective closer to the goal and penalty area. Less effective on the left, but can roam with success in central positions.” 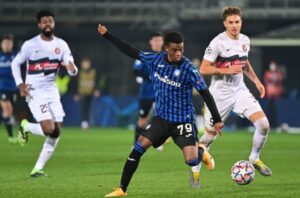 Is his style similar to that of any current players?

He possesses a maturity and confidence beyond his 18 years that allows him to exploit his considerable skills — but not just for the sake of it, only when there’s something to be gained — and gives him a real team ethic with plenty of willingness to track back and work hard to play his part in defending.

But while he’s an undeniably exciting prospect, we all know that’s no guarantee of success. After all, the game is littered with young players hampered by the ‘”next Messi” tag.

One professional scout with deep insight into the Italian youth scene says that Diallo’s undoubted potential still needs to translate to first-team level.

YOU MAY ALSO LIKE:   Just In: Bandits Attack Ganduje’s Convoy

“I have seen Diallo many times and he’s an interesting talent, but I have to admit that the deal, especially at the figures involved, was a great surprise to me,” he told ESPN under the condition of anonymity. “Yes, he’s excelled at youth level and yes, even with those from age groups above, but in my view he’s not comparable to players like [Barcelona’s] Ansu Fati, [Real Madrid‘s] Vinicius Jr., Reinier or Rodrygo, who I all tracked at youth level. And for the money involved in this deal you expect a potential world star. I just don’t see Amad Diallo having the same potential of those I mentioned.”

The next steps for Diallo are going to be crucial in enabling him to optimise his talent. Will he be immediately integrated in the first-team squad — much like Pellistri (who, incidentally, occupies the same wide right attacking slot) — and be defined as a first-teamer but almost exclusively play with the reserves? Or will he be sent out on loan to get more experience?

With Diallo reportedly working hard on improving his English he’d no doubt prefer to stay in Manchester, yet the increasingly common route of loaning up-and-coming players abroad to countries such as the Netherlands, Belgium or even Germany might be another possibility. As the holder of an Italian passport, that is certainly an easy option.

What Manchester United decide to do with him next is of utmost importance, because their success stories of signing late teenage prospects with immediate first-team aspirations from abroad are few and far between. They have taken a gamble by spending big money on an unproven 18-year-old, but as their transfer policy continues to target younger players, how Diallo settles at Old Trafford could play a big part in their future.