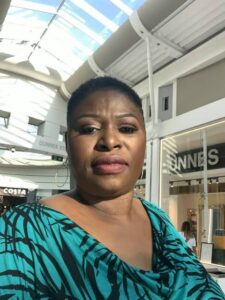 The corridor as it sounds is just a term to describe the place that people sit to wait for their turn to see the General overseer of the mountain of fire and Miracles ministries, DR DK OLUKOYA and I happened to be a beneficiary of the work of that place, described as the spiritual clinic by those that have

experienced the raw power of God on display in this almost 200 square meters of open space.

This is just an office space, as a matter of fact a place that can be described as the GO’s office, counselling room, situation room, or a place of intercession. It’s a place where you get a closer look and witness the power of GOD move through the general overseer as he reaches out to those possessed, oppressed, depressed, confused, mentally ill, insane, sick, handicapped and so on, a place where you will meet people from all works of life, seated with prayer points praying and waiting for their turns to see the Doctor, either for financial aid, church activity approvals , spiritual problems, church matters, charity work and all sort of activities, this is a place that I can say traffics over 1000 people daily, trooping in and out for one issue or the other.

In this environment, people display different kinds of manifestations, from vomiting different kind of creatures, rolling on the floor like serpents, tearing off their clothes, becoming violent, speaking in strange languages, behaving like wild beast, shrieking out loud, voices speaking through people, and lot more.

There was once a case of a man, who was under the influence of the Holy Ghost fire, immediately the General Overseer started praying, he tore open his trousers to reveal his manhood that has a serpent fork tongue, this is a place where the power of God is always and fully demonstrated and this of course happens when the fire of God move into the midst through the man of God Dr D.k Olukoya.

These scenarios on the other hand are not recorded to be televised like some ministries do, but are phone recorded to show to those whom have put up these displays unconsciously or subconsciously for them to see the handiwork of God and how deeply rooted they are to the powers that have taken them captive.

So I was really disturbed having been a witness to the raw power of God in this same corridor, watching this daughter of the son of perdition, Maurine Badejo from the marine kingdom, speak ill on social media of the wonder working power of GOD that goes on in the corridor as it is fondly called, mind you it’s just an office where people wait.

This daughter of jezebel was talking about women being fingered and ladies virginals been wiped with handkerchief at the corridor, haaa, madam destroyer , from what part of hell did that kind of thought come from ? But how? When? And how can it happen? Impossibility cannot even describe the word because I would like to ask this Marine possessed lady a few questions

YOU MAY ALSO LIKE:   Lagos Assembly Backs Southern Governors On Rotational Presidency, Others

1. Is there a secret room where these activities go on, or are we talking about same open corridor were
tons of people move in and out and have over 15 clergy personnel’s taking care of activities?

2. Do these false allegations take place in the open or behind some closed doors that doesn’t exist?

3. Can Marine Maurine give us proof or provide videos or evidence of all she has been saying about the
corridor? A lot of us are typically aware of her paid callers, but at least can she get one person to come
out and say that these things have happened to him or her?

YOU MAY ALSO LIKE:   Horror in Ikorodu As trailer crushes four  persons to Death

4. Are there any reasons whatsoever this woman is after the house of God with such venom from the
abyss, with cake baked lies that she is serving to people who know not the true path?

You see Marine Maurine has been touching different ministries but the devil just pushed her into fire and I know for sure that the fire of God of the mountain of fire will consume her in a short time, shedrach Meshach and Abednego seemed like criminals when they were escorted into the fiery furnace, but little did those that threw them into the fire realise that the fire will come out and select them for consumption, I feel for her social media followers who fulfil her money chasing desires through followership on social media. She will indeed fill you with stories that will derail your faith your person and your position, she seem convincing by using emotions and fictions to speak to people , but the truth will always suffice be guided brethren.