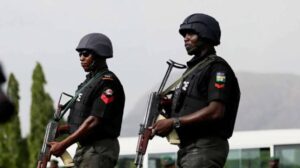 Ministers, National Assembly members, federal appointees and other Very Important Personalities (VIPs) from the Southeast and Southsouth may be stripped of police escort when travelling home due to rising attacks on security agents.

Police authorities have endorsed a signal to that effect.

The signal, which emanated from the Delta State Police Command, advised officers and men not to accompany their principals to Abia, Anambra, Ebonyi, Enugu, Imo, and Rivers states until the security situation improves.

Many police stations have come under attacks and many policemen killed.

There have been other attacks on security operatives and formations in the Southeast and parts of Southsouth zones by gunmen.

The wireless message, with the reference CB: 0900/DTS/DOPS/VOL.47/812X, is entitled: “Attack on policemen, snatching of rifles by IPOB”.

YOU MAY ALSO LIKE:   N33trn debt unsustainable, may plunge Nigeria into bankruptcy, PDP governors warn

The wireless message read: “Sequel to the incessant attacks on policemen and snatching of arms and ammunition by the proscribed IPOB/ESN (Eastern Security Network) elements in the Eastern states of Abia, Anambra, Ebonyi, Enugu, Imo States and Rivers State, COMPOL DOPS directs you warn personnel that escort of their principals to the six eastern states is suspended forthwith until the security situation improves. Ensure strict compliance, please.”

Force Public Relation Officer, Frank Mba, told our correspondent that the step was taken to save the lives of the officers and their principals from the gunmen.