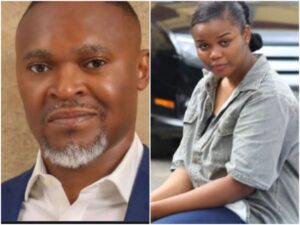 The main suspect, Chidinma Ojukwu in the murder trial of the Chief Executive Officer (CEO) of Super TV, Usifo Ataga is to continue her trial in a High Court.

This is as the Yaba Chief Magistrates’ Court presided over by Chief Magistrate Adeola Adedayo on Monday said it would no longer handle the case but Chidinma and some others have a case to answer regarding Ataga’s death.

The decision of the lower court is based on legal advice from the Lagos State Directorate of Public Prosecutions (DPP).

Also based on the legal advice issued by DPP Director, Mrs Olayinka Adeyemi, 11 suspects were cleared of complicity in the murder of the Super TV boss while Chidinma and four others are to be tried in a high court.

Others set for trial alongside Chidinma include Adedapo Quadri and Egbuchu Chioma.