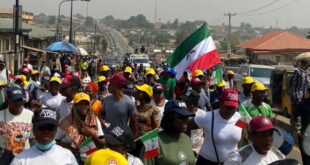 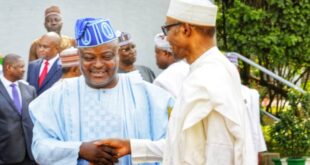 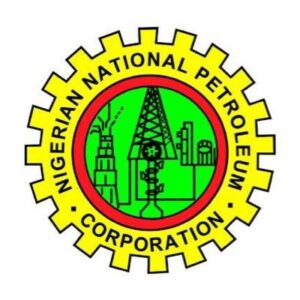 Society gazette reports that there has been blame game following reports of contaminated petrol product in some filling stations in the country.

This was discovered this week and one of the filling stations at the receiving end has been MRS due to the fact that a video making rounds saw the company’s staff discharging contaminated fuel into a plastic bottle.

YOU MAY ALSO LIKE:   NYSC Confirms Death Of Missing Corps Member

Following the backlashes against the company, MRS has been forced to speak out by exposing the Nigerian National Petroleum Corporation’s involvement in the contaminated fuel importation.

MRS In a press release presented in a letter revealed that NNPC is the sole supplier of Petroleum Motor Spirit(PMS) in the country and that the corporation through its trading arm, Duke Oil imported the fuel.

Details of how the corporation delivered the petrol product to MRS was also revealed in the release.

See the letter below 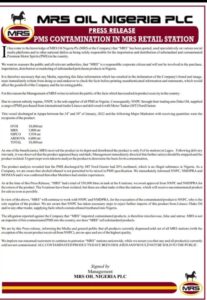 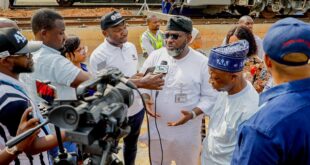