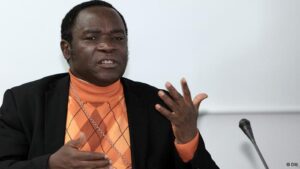 CATHOLIC Bishop of Sokoto Diocese, Matthew Kukah, has been called upon to “quickly and quietly leave the seat of Caliphate” or immediately stop his “malicious vituperations against Islam and Muslims” and tender unreserved apology to the Muslim Ummah.

The call by the Muslim Solidarity Forum, Sokoto was contained in a press statement. It came amidst allegations by the Department of State Services of a plot to incite religious violence in some states by some elements working with external forces.

The acting Chairman of MSF, Prof Isa Maishanu, while reacting to Kukah’s Christmas message, stated that Kukah, with his statements, was trying to break the age-long peaceful coexistence between the predominantly Muslim population and their Christian guests.

According to the statement, “In February 2020, he (Kukah) staged a demonstration in the heart of Sokoto over the killing of a single Christian priest, presumably, by the Boko Haram insurgents, but did not consider hundreds of Muslims, Fulani herders that were mercilessly killed by the Christian militia in Taraba state in 2018.”

The statement went further to ask the fiery clergy what he thought would happen if the peace-loving Muslims of the seat of Caliphate, responded to his incessant provocative attacks on them and their religion like what happened in Kafanchan 1987, Zango Kataf 1992, Tafawa Balewa in 1991, 1993, 1995 and 2001, Yelwa Shandam 2004, Zonkwa and Jarkasa in 2011?”

Reacting, the Chairman of CAN in Kaduna State and its National Vice Chairman (19 Northern States and Abuja), Rev. Joseph John Hayab, and Executive Director of FJPD, Kwamkur Samuel, said the Christian Association of Nigeria and the Foundation for Justice Peace Development faulted the quit notice served Bishop Kukah by the forum.

Hayab said, “We have tolerated them so that we can continue together and build a nation of respect for others’ opinion. We, therefore, see this call for an apology from Bishop Kukah by this group as a show of disrespect and a display of complex attitude to abuse our tolerance spirit and our desire for a peaceful Nigeria.

“We see this group as agents of blackmail and intimidation who want to infringe on the right and freedom of expression of citizens, which our constitution guarantees.”

In the same vein, Samuel said, “Those terrorising Nigerians daily are so strong that they are rewarded almost on daily basis with ransom even in foreign currency under the supervision of authority while those crying on pages of papers like Bishop Matthew Hassan Kukah, due to losses, experience and excruciating pains and love for the nation, are easily identified, intimidated and vilified by the same authority that is not able to secure the lives and property of Nigerians.

YOU MAY ALSO LIKE:   One Dies, 12 Wounded In Failed Rivers’ Jailbreak

“I will advise this group of young and energetic Nigerians who are calling for the head of Kukah to join the families of victims of terrorists, kidnappers and bandits in Katsina, Maiduguri, Zamfara and other parts of Nigeria to get to the source and sponsors of killers of Nigerians.”