Muslim-Muslim Ticket: Aso Rock Chapel Won’t Be Shut Down, Tinubu’s Wife Will Be The Pastor – Keyamo 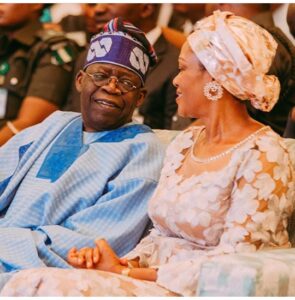 The Minister of State for Labour and Employment, Festus Keyamo has again moved to allay the fears and suspicions of Nigerians over the Muslim-Muslim ticket adopted by the All Progressives Congress (APC) for the 2023 presidential election.
Speaking on Tuesday, Keyamo said the presidential candidate of the APC, Asiwaju Bola Tinubu already has a multi-religious home and everyone is allowed to freely practice his/her chosen religion.

The Minister added that the APC candidate’s wife, Senator Remi Tinubu is already a pastor, adding that the Aso Rock Chapel will be put to good use and Mrs Tinubu will lead worship in it if her husband emerges President in 2023.

He made the submission during an interview appearance on Channels Television Political Paradigm, where he defended the decision of Tinubu and the APC to stick with a Muslim-Muslim ticket by picking Senator Kashim Shettima as the vice presidential candidate despite the outcry by many Nigerians, particularly Christians against the move.

Keyamo however said the move is a winning strategy and not in any way designed to spite Christians in the country.

He said; “It has nothing to do with unity, it’s just a winning strategy.

“Like I said, look at Asiwaju Bola Ahmed Tinubu as a person. Look at his record. He was one that returned all the mission schools to them in Lagos when he was governor.

“For the churches, he returned the mission schools to them. He has a multi-religious home. Some of his children are Christians. His wife is a pastor.

“The chapel in the villa will be overly used because the wife automatically will be the pastor, attending that chapel. So the chapel will not be closed down. He will be using it when he is by the grace of God president of this country.”

Naija News reports that Tinubu’s wife is an ordained assistant pastor of the Redeemed Christian Church of God (RCCG).