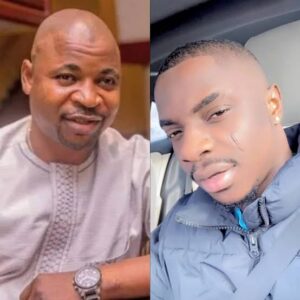 The National Union of Road Transport Workers boss, Musiliu Akinsanya, better known as MC Oluomo has been defended on social media by one of his son’s, King West.
According to Naija News, King West on his Instastories on Sunday slammed those calling his father a tout.

Sharing a photo of his father, MC Oluomo, and his two twin siblings who recently graduated from United States Universities, King West said his ‘tout’ father is better than the parents of those criticizing his.

He wrote: “What did you say about a tout? Well all I know is he is better than most of your pops”.

Previous Igbo Not Beggars, We Will Fight For 2023 Presidency – MASSOB Tells CNG
Next No TIN requirement to operate bank account in 2022 finance bill – Presidency