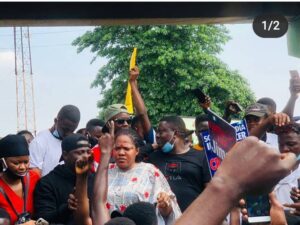 Angry, tired , fedup, frustrated and hopelessly losing faith in the leadership of this country called Nigeria, coupled with the non-functional system, the Nigerian Youths have taken their protest to a top notch by going spiritual .

With the birth of a revolution known as #endsars which has become a national phenomenon, spreading like wild fire, the Youth in their quest for a nation of their dreams have decided to touch the heart of God with a new movement known as #prayerwalk.

Inspired by gospel act, Samuel O.Imo widely known as Limoblaze, it’s a complementary protest to the #endsars which has United the Youths across the nation.

According to the organisers, the #prayerwalk is a movement to actualize the reasons behind nation wide protest. They believe that taking over the helms of affairs in the spirit realm is key which will transcend to the physical manifestation of their physical desires in the physical world.

I and my brothers @itsangeloh @koch_dualedge @amose_music @kerusso418 made a call for a prayer walk, 2 days ago and today over 600 Christian Youths gathered to commune with the spiritual! My heart is filled with so much joy! Thank you to everyone who came around, God is doing a beautiful thing with this generation and we are ready for it. S/o to @iamjodeep for being an inspiration and a support S/O @oluwadabest for this amazing visuals. S/O @tola_omoniyi @timilehinmogaji @imisioluwaowolabi @gaisebaba for being a guiding and supportive hand. #PrayerWalk

Could this vision and mission be as a result of lack of confidence on spiritual fathers who some have called out to have been unusually quiet in the face of this phenomena? However, like a mustard seed, the dream and movement has yielded fruits as it’s now a national fire that is producing results .

According to the convener, Limoblaze on his official IG page two days ago, he said:

I and my brothers, @itsangeloh, @koch_dualedge, @amose_music, @kerusso418 made a call for a prayer walk two days ago and today over 600 Christian youths gathered to commune with the spiritual! My heart is filled with so much joy….

Surprisingly, checks revealed that most youth in most states have taken a cue and joined the prayer walk in the morning before going for the protest tagged #endsars.

And guess what? God gave them a sign that he is behind them . Few hours ago, Limoblaze posted a wonderful testimony they witnessed in Jos yesterday during the prayer walk:

This happened at Jos today and I am the most fulfilled … Earlier today, at the Kaduna #prayerwalk someone who walked in with crutches, dropped them off and was healed.

This happened at Jos today and I’m the most fulfilled I’ve ever been in my life seeing children of God gathering across the whole nation to pray to ABBA. Earlier today at the Kaduna #Prayerwalk someone who walked in with crutches, dropped them off and was healed and I told Pastor @imisioluwaowolabi earlier today that I can never leave this God, No! Never! All the days of my long God glorifying days on this earth. Nigeria is walking into a new season 🎥 @salemochidi #Prayerwalk #Revivalishere

Interestingly, some Celebs too have identified with them . Delectable Nollywood actress, Toyin Abraham posted the movement on her official IG page , @toyin_abrahim with the caption “Peace Lord, Heal Nigeria Lord” which has garnered over 172,000 views with other celebs joining the movement.

Of a truth, with this movement, the Nigerian Youths are awake to their responsibility as the vehicle of change in a nation.

It would be recalled that the End Special Anti-Robbery Squad (End SARS) or #EndSARS is a social movement in Nigeria that started on Twitter calling for banning of the Special Anti-Robbery Squad, a unit of the Nigerian Police Force. It is a call to end police oppression and brutality in Nigeria. The protests started as a social media campaign using the hashtag #ENDSARS to demand that Nigeria’s government should scrap and end the deployment of Nigeria Police Force Special Anti-Robbery Squad, popularly known as SARS. Within a weekend (9-11 October, 2020), the #ENDSARS hashtag had up to 28 million tweets. Nigerians have shared both stories and video evidence of how members of SARS engaged in kidnapping, murder, theft, rape, torture, unlawful arrests, high-handedness, humiliation, unlawful detention, extrajudicial killings, and extortion.

Femi Oyewale is the publisher of Sahara magazine, Sahara online and Saharaonline TV
08034976772 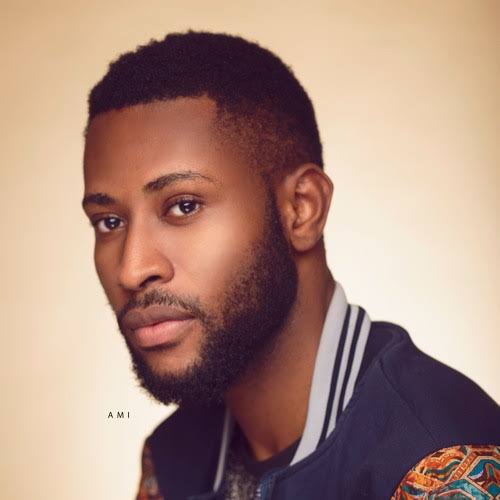