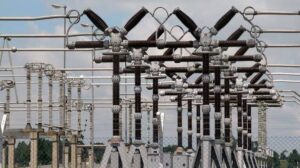 Nigerians have condemned the Federal Government over the increase in the electricity tariff by Electricity Distribution Companies (DisCos) in the country.

It was gathered that the Nigerian Electricity Regulatory Commission (NERC) had adjusted the electricity tariffs been paid to DisCos, which invariably means that the tariffs have been hiked.

It was gathered that some of the distribution companies saw an increase in their tariffs, while others got theirs reduced. Checks by this platform show that the silent increase wasn’t announced or published on the NERC website.

An electricity consumer in Abuja confirmed an increase in the tariffs without public notice, saying that he recharged N5,000 today but was given 91.7 units instead of the usual 107.

Following the development, electricity consumers on Thursday frowned at the silent hike in the electricity tariff in the country, saying that the increase is untimely and anti-people.

The consumers berated the Muhammadu Buhari government for allowing Discos to raise electricity tariffs amid fuel scarcity and economic challenges facing the country.

In a chat with The Punch, the President of Nigeria Consumer Protection Network, Kola Olubiyo, said his group took up the matter with the regulator last week.

He stated that while some customers said their tariffs were increased by N4, others could not actually tell the amount by which theirs were raised, adding that there had been no public confirmation by the NERC.

He said, “They (NERC) raised it last week or thereabout, and is like it is a N4 adjustment. Port Harcourt and Abuja (Discos) raised it and in fact, I think it is across board.

“But what we are asking the regulator is that if they approved something that is going to affect our pocket without letting us know, it is like shaving our heads in our absence.

“They said labour was part of them and I said is that what labour went to negotiate for us? I was told that they have a structured table that has already been approved and it is just for them to implement.

YOU MAY ALSO LIKE:   PDP Vice Chairman’s Wife, 10 Others Abducted In Abuja

“But if they have approved the table as they said, are they giving us the required services? You and I know that services have not improved. We are having low generation and all manner of blame games.”

He asserted that the regulator should provide a table on the increase as it used to publish in the past, stressing that consumers had the right to know.

He said, “They should let us have the table that shows the bit-by-bit increment. We should have it. They are not communicating with the public.

“If they are taking a decision that will affect our disposable income, are we not supposed to be in the know? If you raise it they will argue that are we not aware that things are increasing everyday. Is that the way we are going to work?”

YOU MAY ALSO LIKE:   Osun: Osinbajo, Tinubu, Others Storm Osogbo For APC Mega Rally

Also, an official at the Federal Ministry of Power said the increase had to be implemented because the Federal Government had withdrawn some of its financial support to power firms.

The official disclosed that there was an official communication sent to the DisCos to notify them of the adjustment in tariff.

He said: “The Federal Government has to withdraw every support or most of its support to power firms, such as subsidy on electricity,” the source, who pleaded not to be named for lack of authorisation, stated.

“So in a way, there is an adjustment in tariff because they (power firms) are shouldering higher cost responsibility now. However, some of them actually have reductions in their tariffs and nobody is talking is about it.

“They (Discos) have been communicated more than a month ago, since January or so,” he said.