No Going Back On Drug integrity Test For Politicians, Students – NDLEA Boss 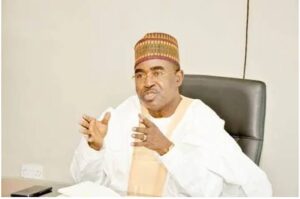 Marwa stated this in Abuja while delivering a paper on “Drug Abuse and National Security Challenge: Way Forward”, as the guest speaker at the fifth anniversary lecture of presidential diary magazine.

YOU MAY ALSO LIKE:   Breaking: Neco Registrar, Professor Obima Assassinated in Minna

He said as elections come up in the states and across the country, there is the need for the people to entrust the management of their treasury and their wellbeing in the hands of politicians that have clear minds because no public office holder under the influence of drugs can think straight.

He said because of the evidence-based strong nexus between drug abuse and security challenges across the country, concerted efforts must be made towards tackling the drug scourge headlong.

While urging Nigerians not to be despondent about the security challenges facing the country, spokesperson of the NDLEA, Femi Babafemi, urged that everyone must join the agency’s advocacy train.

Previous I suffered 16-year ordeal during Daniel, Amosun’s administrations: Osoba
Next Mad Woman Burnt to Ashes after being Caught With 3 AK-47 Rifles in Badagry