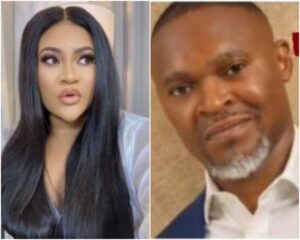 Nollywood actress, Nkechi Blessing Sunday has reacted to the death of Nigerian billionaire, Micheal Usifo Ataga who was gruesomely murdered by his sidechic, Chidinma Ojukwu.

Society gazette reports that Ataga, the Chief Executive Officer of Super TV, and a director in Super Network was gruesomely murdered by his side chic, a 21-year-old student of the Unilag on June 12th.

YOU MAY ALSO LIKE:   Another Chibok Schoolgirl Escapes, Handed Over To Zulum In Gwoza

According to viral reports, he was found dead with multiple stabs in his neck, chest and thigh with a whooping sum of 5 million withdrawn from his account.

Reacting to the news of his death, Nkechi via her Instagram said that the 21-year-old Unilag student, Chidinma, killed her destiny helper.

According to the mother of one, Chidinma killed a destiny helper a lot of people are on their knees begging God for.

In her words; “People Dey pray Day and Night for destiny helper,E reach Chidinma turn she kill her own destiny helper…This life no just balance”