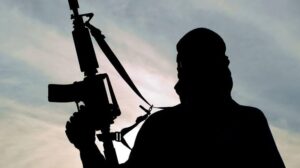 It was gathered that the kidnappers who demanded N15 million ransom after abducting the clerics in the front of their house shortly after they returned from a public lecture, later agreed to collect N2.2million.

The kidnappers collected the ransom from the family despite the efforts of the police to arrest them.

The gunmen, numbering about five, had taken their time to eat food prepared in the house before they took their victims away on Saturday around 10pm.

Confirming their release, the older brother of one of the victims, Hussein Ibrahim, said family and friends contributed the ransom and handed it over to the hoodlums to secure the release of the clerics.

He said, “They have been released today (Tuesday) after we gave them N2.2 million as ransom.

“They initially insisted on N15 million saying they were two people, but, at the end they agreed to collect N2.2 million from us.”

The police spokesman in the state, Abimbola Oyeyemi, said he had not been briefed about the latest development.